You may be struggling with a particular problem, like depression, panic or OCD, or simply want to find out more about who you really are; either way, a combination of CBT and Mindfulness will likely help you in the right direction.
Dheeresh can help you learn to play your mind...

Dheeresh works as a Cognitive Behavioural Therapist, trained on the Oxford Diploma course of 1997, and accredited by the British Association of Behavioural and Cognitive Psychotherapies (www.babcp.com) in 2000, and reaccredited in 2005, 2010, and 2015.
But he was not content simply  to rest there... having always been interested in the overlap between the therapeutic and the spiritual, it is no surprise that he was drawn to the mindfulness side of things.  Especially since being a student of Zen since the early 1980s... and before that a sannyasin in Poona. Dheeresh had six months of his own psychotherapy ('Primal Integration') with John Rowan in the 1980s.  Before training as a therapist, he had six years working in an Oxfordshire Mind day centre called Acorn, where he learned about mental health issues on the ground, so to speak, as well as developing a love of groupwork.

So although CBT provides the skeleton for what he does, much of the flesh comes from Zen, mindfulness, Qi Gong (I learned the rudiments of Shaolin Qi Gong from Master Mao Shih An in 1996), the Big Mind process (www.bigmind.org), and other experiential techniques.  According to what you need and what you like - Dheeresh retains the ideal (from CBT) of collaborative empiricism - we work together on your problems and try stuff out.

After Oxfordshire Mind, Dheeresh went to the Priory Hospital North London, learning hugely - especially about OCD and BDD - from Rob Willson, whom he succeeded as CBT Co-ordinator, before transferring down to Priory Hove.  Since the late '90s he has been running Mindfulness-Based Stress Reduction (MBSR) programmes, which he's redesigned slightly so as to include a taste of Genpo Roshi's Big Mind process.

The most recent chapters have included being ordained as a Zen monk by Genpo Roshi in 2010, taking the Medicine Wheel (a shamanic training) with the Shuh Shuh Guh (www.shuhshuhguh.com) in 2011/12, and producing two books:
'The CBT-pot: Learning to play your mind' (Penpress 2013) and
'The Mindfulness Handbook: Learning to play your mind II' (Penpress 2014) as well as contributing a chapter to 'After Mindfulness: New Perspectives on Psychology and Meditation' (Palgrave Macmillan 2014) edited by my dear friend and Dharma brother Manu Bazzano.
Since 2014 Dheeresh has also been working as a senior lecturer in CBT at the Salomon's Centre for
Applied Psychology, part of Canterbury Christ Church University.
​
What I have learned is this:
In essence, we are human beings with a particular set of talents and difficulties.  If we can accept that we are not our programming, we can begin to extricate ourselves from it and begin to find out - and act according to - who we really are.  What I call 4th wave CBT is not just about symptom reduction (useful though that is!), but also about learning to live in ways that enable you to celebrate the individual wave of your life, without forgetting that you are part of the undivided ocean. 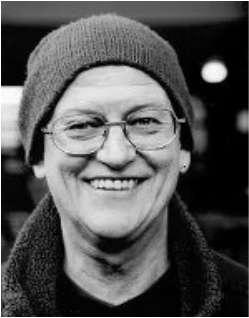